Batwoman: 10 Moments That Prove Alice Is The Arrowverse’s Most Interesting Villain

The CW’s Batwoman came to a surprising — if early — close, setting fans up to watch Kate Kane take on some new villains and challenges in the show’s second season. But no matter what villains plague Gotham going forward, Kate’s own sister is likely to remain the most interesting of the Arrowverse’s threats.

Rachel Skarsten’s Alice has proven time and time again that she’s a fun villain with comic value and a depth that viewers don’t always see within the Arrowverse. Her flair for the dramatic keeps all eyes on her, but it’s the emotions she keeps buried beneath it all that make her truly compelling.

Here are 10 moments that prove Alice is one of the Arrowverse’s most fascinating evildoers.

It’s no secret that Alice resents her father and sister for failing to save her from August Cartwright’s clutches, and her encounter with Jacob in “Mine Is a Long and Sad Tale” meshes her resentment with her sorrow perfectly. Alice’s confrontation with her father is equal parts heartbreaking and terrifying as she reveals how much he hurt her — right before stabbing him, of course.

And this encounter sums up why Alice is so easy to fall for: Though she’s vicious and cruel, she’s also sympathetic and very, very human.

When Alice’s knife is stolen early on in season one, she’s fixated on finding it — and a lot of that seems to do with the fact that she uses it as a prop. Alice’s villainy is very much a performance, and she seems to want recognition for her evil deeds — making her both fun and comical, even as she’s doing wrong.

Alice’s need for an audience also likely has deeper meaning, given her desire for approval from her sister and father. She wants to be accepted, and putting on a show seems to be an extension of that need.

8 Revenge On The Hamiltons

Although Alice was always capable of doing horrible things, killing Catherine Hamilton-Kane is what makes it clear that she’s not messing around, especially when it comes to getting vengeance for all that’s happened to her.

Her relationship with Mary is also one of the most interesting in the series, as she’s had plenty of opportunities to kill Kate’s stepsister who she’s so jealous of, but she never has. This moment showcases Alice’s drive for comeuppance, but it also highlights that she won’t go too far in hurting her sister.

When the events of Crisis on Infinite Earths bring an alternate-universe version of Beth to Kate and Alice’s world, Kate’s left to choose between her sisters. The choice she makes impacts her relationship with her real sister forever — because, as one might expect, Kate picks the version who isn’t a villain, more than ready to sacrifice Alice to get Beth back.

RELATED: 10 Behind The Scenes Facts About Legends Of Tomorrow You Never Knew

Thanks to August Cartwright killing Beth, however, Alice lives. And this is where she begins her emotional turning point, realizing that the sister she wants to accept her probably never will.

6 Her Willingness To Disappear

Over the course of Batwoman, it becomes clear that Alice is a villain with a goal. She doesn’t kill or destroy things without reason; everything she does feeds her endgame somehow.

That’s why she’s so willing to just disappear after Kate kills August Cartwright. In her mind, this has put an end to her quest for revenge — and it’s only Mouse’s arrest that keeps her in Gotham and gets her caught. From there, she begins a new quest to get back at Kate, but one gets the feeling she would have been happy to live out a semi-normal life with Mouse had her sister not betrayed her.

In “Off With Her Head,” fans are treated to an in-depth look at Alice’s past and psyche courtesy of whatever chemicals August Cartwright forced her to ingest. As with the earlier flashbacks to Beth’s captivity, it paints a disturbing picture that makes it difficult not to feel something for Alice.

It also offers viewers some sort of understanding as to why Alice is the way she is. With so many villains being bad for the sake of it, it’s always nice to see one who genuinely has a reason for being so messed up.

All villains have a weak spot, and, up until recently, Alice’s weakness was Kate. Throughout season one, Alice had a tendency to trust Kate that eventually led to her being imprisoned in Arkham Asylum. And her realization in “Through the Looking Glass” that Kate never intended to help her is a heartbreaking one that makes it difficult not to feel sorry for her — even if she has done terrible things.

RELATED: Arrow: 10 Things You Never Noticed About The First Episode

Her later refusal to accept her imprisonment is another reason Alice is so compelling. Say what you will about her, but she doesn’t give up easily — and there’s something admirable about that.

Alice is nothing if not effective, and she knows it. When Mouse and Tommy Elliot take the task of cracking Lucius Fox’s code into their own hands, Alice grows frustrated with their failure, eventually forcing them to adopt her own way of doing things.

And, of course, Alice’s method works, emphasizing how clever she is — and how she’s managed to successfully plan so many villainous things throughout the series.

Batwoman‘s first-season finale took a turn when Alice did the unthinkable and killed the last person in the world she cared about: Mouse. Although this storyline had been building to a bitter end between the two, this wasn’t the route many fans expected it to take — and Alice’s willingness to let go of her past and her attachments in order to seek revenge highlight just how far she’s willing to go to take down her sister.

It’s not just the brutality of doing this that makes it one of Alice’s best moments, though. Watching her break down when it’s over proves that, even as she pushes further and further toward being unredeemable, Alice has humanity left.

1 The Making Of Bruce Wayne

The Batwoman finale also throws another twist in at the end, revealing that Alice’s manipulation of Tommy Elliot has paid off for her — and that she’s given him the face of Bruce Wayne.

Not only does this scene showcase yet again how clever Alice is beneath her showy appearance, but it also emphasizes how capable she is of bending others to her will. That’s a dangerous combo, but it’s fitting for the Arrowverse’s best villain.

NEXT: Batwoman: Top 10 Episodes Ranked (According To IMDb)

The CW’s Arrowverse has had some interesting villains, but Batwoman’s Alice might just be the most compelling of the lot. Here’s why she’s the Queen. 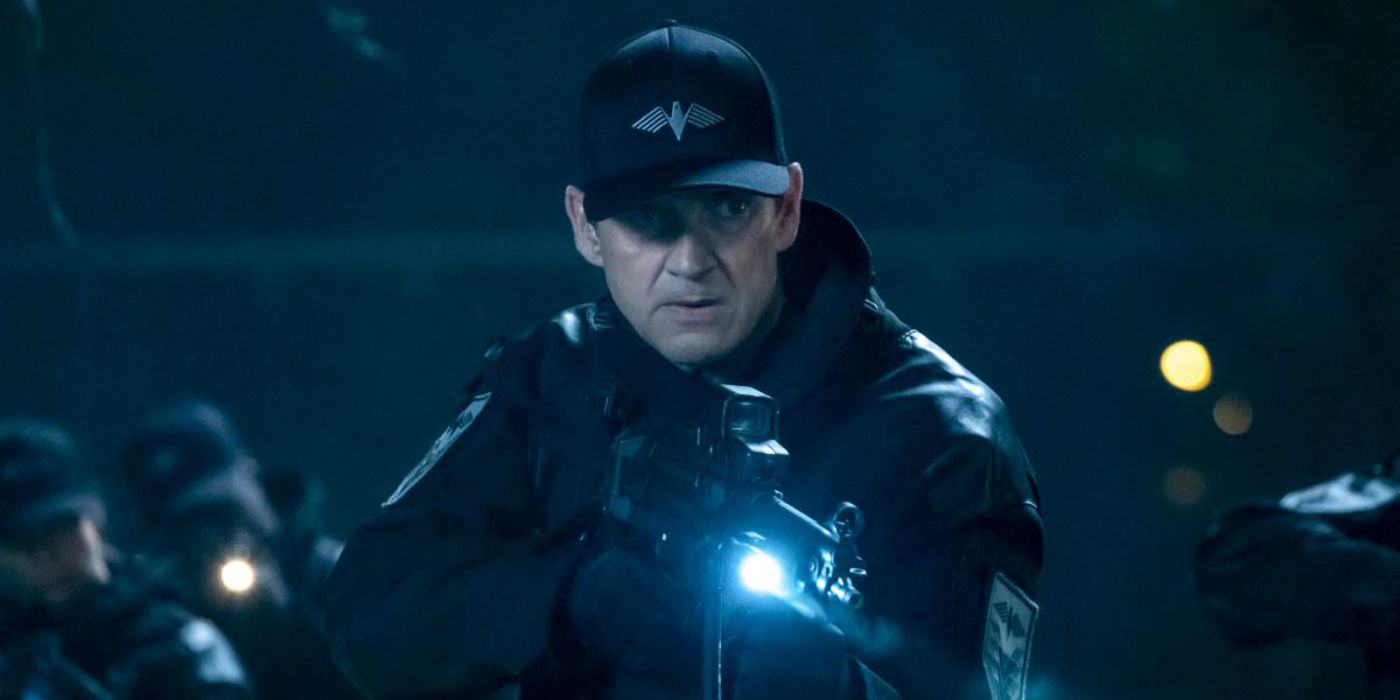