In the Harry Potter series, there are many adults that take on mentorship roles in Harry’s life. Some of these characters also function as parental figures while others are metros on a less personal level.

RELATED: Harry Potter: 5 Times Lupin Was Inspiring (& 5 We Felt Sorry For Him)

While Dumbledore might seem like the most influential mentor, he definitely wasn’t the best because of all the mistakes it was revealed he made in regards to Harry. Instead, two of the best mentors in his life were Sirius Black and Remus Lupin for similar but different reasons.

10 Sirius: He was there to help Harry as soon as he could

Much of Sirius’ ability to be a mentor for Harry was taken away from him because he spent the first 13 years of Harry’s life in Azkaban.

However, once he finally escaped, one of the first things he did was to go check on Harry at Privet Drive. And, once Harry finally learned the truth about him, he did what he could to be there for Harry despite being on the run.

9 Lupin: At Hogwarts, he always looked out for Harry

Lupin is another person who wasn’t in Harry’s life until he was 13. It does seem a little strange that Lupin didn’t ever really try to check up on Harry or help him seeing as how he was so close with James and Lily, but when he did appear in the story, he always looked out for Harry.

During his time at Hogwarts it’s obvious that Lupin was making sure Harry stayed safe.

8 Sirius: He helped guide Harry through the Triwizard Tournament

Despite the fact that Sirius isn’t a free man and is still believed to be guilty of crimes he didn’t commit, he still helps Harry how he can from afar. While he is on the run, he realizes that Harry’s life could be in danger and moves close to Hogwarts to help as much as possible through the three tasks of the Triwizard Tournament.

7 Lupin: He helped Harry learn more about his parents

One of the greatest things that Lupin ever did for Harry was to provide him with more information about his parents.

RELATED: Harry Potter: The 5 Worst Things Remus Lupin Has Ever Done (& His 5 Best Pieces Of Advice)

Harry was clearly aching for any information about who his parents were and what they were like, and Lupin was able to provide some insight because of his friendships with James and Lily. This made Lupin more than just a professor but also an important tie to Harry’s parents.

6 Sirius: Because he helped Harry understand his father better

While Lupin was important in helping Harry learn more about his parents, Sirius helped him even more. Sirius knew James very well as his best friend, and he was a bit more willing to talk about some of the shenanigans and rule-breaking that the Marauder’s got up to.

Through Sirius, Harry was able to really feel a connection to James, and this was a great comfort to him.

5 Lupin: He was extremely important in helping Harry connect to good things in his life

While Lupin was a great teacher, he was more than that in a way. By helping Harr learn how to cast a Patronus Charm, he was able to help Harry connect to positive memories and moments in his life.

His conversations with Harry during these lessons were often very insightful and inspiring, and this was just as important as learning the actual spell.

4 Sirius: He tried to offer Harry a place to live

After Harry learned that Sirius wasn’t guilty of the crimes he was accused of, he was determined to clear his name. During this brief period of time where Sirius thought he might actually get to be considered an innocent man, he was already planning how to follow through on his role as godfather and give Harry a safe, happy place to live.

While this didn’t happen, Sirius was clearly concerned about being a parental figure to Harry.

3 Lupin: Because he helped Harry grow his skills as a wizard

Another important thing that Lupin helped Harry with was Harry’s skills at magic. It was Lupin who really helped Harry discover just how gifted he was at Defense Against the Dark Arts. Lupin was an amazing teacher, and he helped Harry excel at this subject.

His class really gave him the essential foundation in Defense Against the Dark Arts that Harry would need in the future.

2 Sirius: His role as godfather made him more of a parental figure

While Lupin clearly cared about Harry and tried to help him, he didn’t take as much responsibility for Harry. He was definitely more of a mentor than a parental figure where Sirius felt more responsible given that he was Harry’s godfather.

While he wasn’t always the best godfather, he clearly cared a lot. He did what he could in a hard situation to guide Harry like a parent one.

1 Lupin: He was there for Harry when Sirius died

One of the most devastating things that happens to Harry is when Sirius dies, and it’s made even worse because he blames himself. In the moments right after Sirius’s death, Lupin is the one to go to Harry and try to help him.

This was very important given that Lupin was the other person most affected by the death of Sirius.

NEXT: Harry Potter: 10 Most Heroic Things Sirius Black Did

Harry Potter has a lot of mentor figures throughout the series. Two of them are Remus Lupin and Sirius Black, but which one is the better guide? 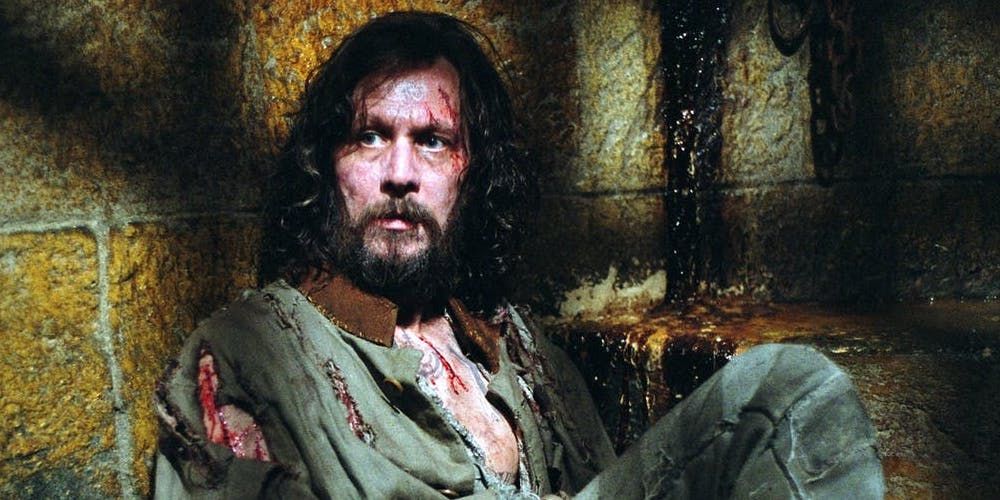