Here’s how the Dune movie is ensuring it’s visually different from Star Wars. Created by Frank Herbert and George Lucas, respectively, the two sci-fi properties have a fair amount in common. Dune director Denis Villeneuve has even gone so far as to describe his vision for his adaptation as “the Star Wars movie I never saw,” calling Dune “Star Wars for adults” in the way it focuses on geopolitics over space battles. Costar Jason Momoa has similarly likened his character, the warrior Duncan Idaho, to being the Han Solo of the film.

The parallels don’t end there; Villeneuve’s Dune movie is actually being shot by Greig Fraser, who also worked on Rogue One and served as the DP on a few episodes of The Mandalorian season 1. He’s the latest acclaimed cinematographer to join forces with Villeneuve, after Roger Deakins collaborated with him on Prisoners, Sicario, and Blade Runner 2049 (which he won his overdue Oscar for), and Selma DP Bradford Young worked with the filmmaker on Arrival (snagging his first Oscar nod in the process). And while some Dune fans were concerned by the subdued color palette of Fraser’s visuals in the first-look movie images released earlier this year, others have defended it as being the perfect match for Herbert’s source material (which, despite its fanatical elements, feels very grounded).

Related: Dune vs. Avatar Is The Sci-Fi Movie Battle Of The 2020s: Who Will Win

Speaking in a recent interview with Collider, Fraser said he was very conscious about making certain his cinematography for Dune was different from his efforts on Star Wars and the franchise at large. That’s all the more important since, as Fraser pointed out, Lucas seemingly took more than a little inspiration from Herbert’s original 1965 Dune novel when he made Star Wars in 1977:

It was quite fun because I had to forget a lot of Star Wars when I was making Dune. It wasn’t hard, though. Denis and I spoke clearly about how the film should look and should feel, and the formats and this and that, so it was not hard to swerve and change lanes. There were some similarities like the deserts. I mean listen, ultimately I’m positive George Lucas was inspired by Dune when he made Star Wars. I don’t know if that’s sacrilegious to talk about, but there are a lot of similarities in some areas, so you could tell he was definitely influenced by that. So I had to be careful doing both [Dune and The Mandalorian] and not to repeat myself. Also not just for the sake of the movie, but for fun. I hate to do the same thing twice.

The proof is in the pudding when it comes to Fraser’s comment about how he hates to repeat himself. Whether it’s the gritty fantasy of Snow White and the Huntsman or the realism-focused Zero Dark Thirty, it’s rare for any two films shot by Fraser to look all that similar. It’s equally easy to tell his Star Wars projects apart; after using muddy shades to give Rogue One the look and feel of a down and dirty war movie, he drew from a wider range of earthy tones on The Mandalorian to conjure up the feeling of an old-fashioned western in space. Of course, the Dune movie’s version of the desert planet Arrakis is inevitably going to be compared to the sand worlds of Star Wars (namely, Tatooine and Jakku), yet it already looks closer to a planet like earth than somewhere in a galaxy far, far away.

Obviously, there are other visual elements (specifically, the costumes and production design) which should further help to distinguish Villeneuve’s Dune movie from anything Star Wars-related. The outfits worn by cast members like Timothée Chalamet, Oscar Isaac, Zendaya, and Rebecca Ferguson in the first Dune images are un-flashy and practical in their fashion sense, all the more so compared to the more elaborate attire favored by the heroes and villains of the Star Wars universe. Even the giant sandworms of Arrakis have been designed with a keen attention to detail to ensure they look as realistic as, well, creatures inspired by the dragons of European folklore can possibly look. If nothing else, Dune should be a real feast for the eyes.

Cinematographer Greig Fraser says he was extra careful to make sure the Dune movie is visually different from his work on the Star Wars franchise. 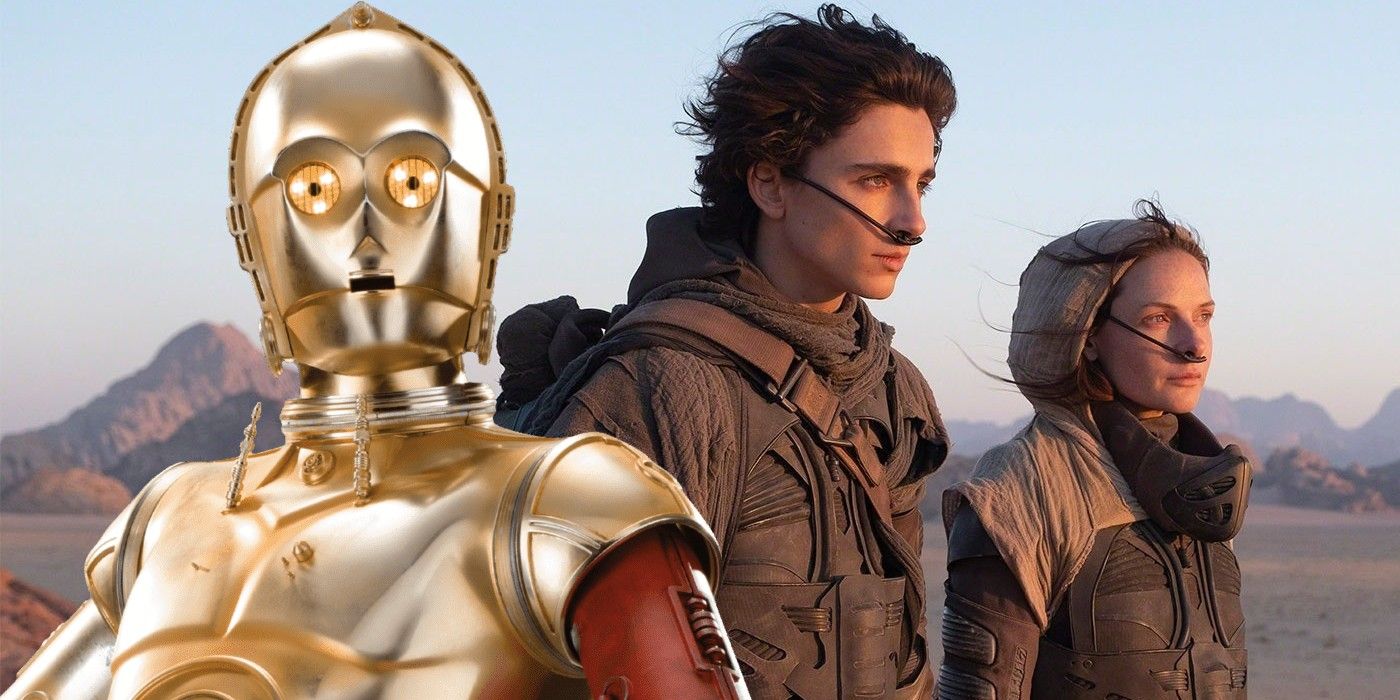