When he directed Star Wars and Star Trek movies, J.J. Abrams repeated his worst story device: he loves to blow up entire planets in his sci-fi blockbuster films. Abrams boasts the unique distinction of being the only director to helm movies from Hollywood’s two biggest outer space franchises. He started with Star Trek in 2009 and its 2013 sequel, Star Trek Into Darkness, before launching Disney’s sequel trilogy with Star Wars: The Force Awakens in 2015 and concluding the entire Skywalker saga with 2019’s Star Wars: The Rise of Skywalker.

Abrams is a celebrated screenwriter as well as a director so he was the driving force of how, in the plots of all four of his sci-fi movies, Abrams either destroyed whole planets or the annihilation of worlds was a tragedy either the crew of Captain James T. Kirk’s (Chris Pine) Starship Enterprise or the Resistance led by Rey (Daisy Ridley) sought to prevent. In fact, the wanton destruction of galactic proportions in Abrams’ Star Wars and Star Trek is staggering. The Star Trek movie franchise – especially Star Trek II: The Wrath of Khan, Star Trek IV: The Voyage Home, Star Trek Generations, and Star Trek: First Contact – certainly dealt with threats to entire planets, including Earth. But besides the Genesis Planet’s destruction in Star Trek III: The Search for Spock, the Enterprise crews led by William Shatner’s Captain Kirk and Patrick Stewart’s Captain Jean-Luc Picard always saved the day – especially if the planet contained billions of inhabitants. But that all changed when Abrams took over the Star Trek movie franchise.

In Star Trek 2009, Abrams destroyed two planets in two different timelines: Romulus was consumed by its sun going supernova in the Prime timeline, which led to Spock (Leonard Nimoy) and the villainous Nero (Eric Bana) time-traveling 25 years into the past and creating the alternate Kelvin timeline. In this new reality, Nero sought revenge for the end of his world by destroying Spock’s. By the midpoint of Star Trek, the planet Vulcan exploded, killing billions of people, thanks to Nero. In the sequel, Star Trek Into Darkness, the villain, Admiral Marcus (Peter Weller) planned to launch 70 quantum torpedoes at Qo’noS, the Klingon homeworld. Marcus’ target was Khan Noonien Singh (Benedict Cumberbatch), but the deranged Admiral was happy to annihilate the Klingons’ planet just to kill one man. Not to mention that Star Trek Into Darkness began with Spock (Zachary Quinto) saving the planet Nibiru from a volcanic cataclysm that would have destroyed the world.

When Abrams moved on to direct Star Wars, he actually escalated his planet-killing desires: In The Force Awakens, Starkiller Base was Abrams’ new superweapon that eclipsed the Death Star. The First Order fired Starkiller Base’s sun-powered lasers at the Hosnian system, which destroyed no less than five planets simultaneously. Abrams wasn’t done either; since Starkiller Base was a planet itself, the Resistance had to destroy it before it could annihilate D’Qar, the world housing the rebel forces’ headquarters. Starkiller Base’s explosion marked a grand total of six planets Abrams destroyed in The Force Awakens.

Surprisingly, no planets were destroyed in The Rise of Skywalker but Abrams’ plot involved Emperor Palpatine (Ian McDiarmid) and the Sith creating a brand new Star Destroyer fleet, with each ship absurdly containing a planet-killing superweapon. Had Emperor Palpatine succeeded in destroying the Resistance, there’s no telling how many worlds he would have sent his Star Destroyer fleet to annihilate. George Lucas destroyed exactly one planet – Alderaan – between his six Star Wars movies. Ultimately, between his four Star Wars and Star Trek movies, J.J. Abrams is responsible for blowing up eight planets!

Even though J.J. Abrams has moved on from Star Trek, the ramifications of the director’s penchant for world-killing continue to be felt by the franchise. Romulus’ destruction was the major event that the plot of Star Trek: Picard was built around. Indeed, both Star Trek: Discovery season 2 and Star Trek: Picard season 1 involved Starfleet heroes racing to save the galaxy after experiencing visions of planets being destroyed by artificially intelligent threats. In the post-Abrams Star Trek universe, entire worlds are now constantly in danger of being utterly destroyed – a seemingly permanent mark left behind by J.J. Abrams indulging his planet-destroying fantasies.

Next: Everything You Need To Read To Fully Understand The Rise of Skywalker

J.J. Abrams has directed Star Wars and Star Trek movies and, in both franchises, he has constantly indulged his penchant for destroying whole planets. 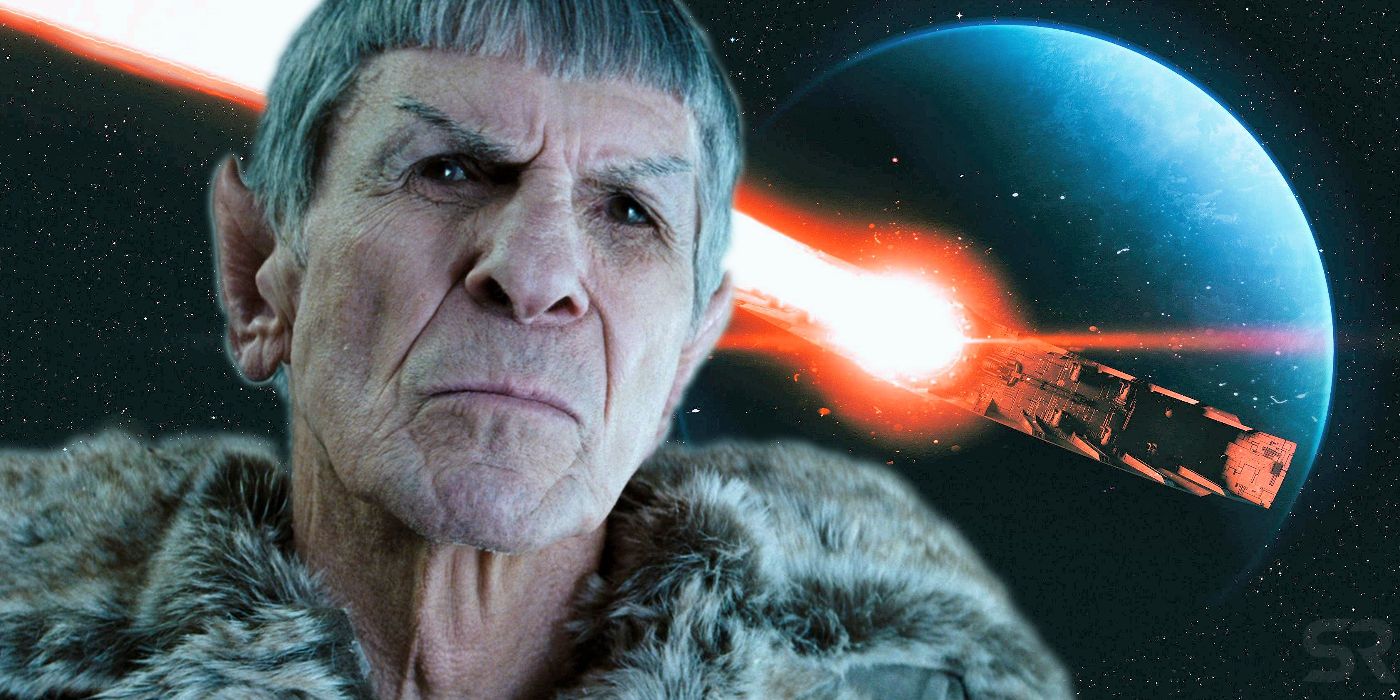