There are so many aspects of Star Wars that have come together and helped make it the most iconic franchise on the planet. One of the most significant factors in this, and alongside the characters, stories, and music, etc. is the ships. Ships like the Millenium Falcon, the X-wing, TIE fighter, Star Destroyers, all of them are beloved by fans and instantly recognizable as a part of Star Wars.

Not all ships in the Galaxy far, far away, are iconic and perfectly used, though. Some of what we see is brilliant, but massively underutilized, while some are awful, and used too often.

The X-wing is one of the many, many fantastic and iconic ships throughout the Star Wars Galaxy, and with his black and orange variant, Poe had a unique one.

Unfortunately, it is destroyed in The Last Jedi, and we do not get too much of it. It is a beautiful ship, and one with a Poe signature that makes it all the better, and a bit more deserving.

The First Order TIE fighters are great ships, TIE fighters, in general, are underappreciated despite their iconic nature.

There was, though, the TIE Silencer, used by Kylo Ren, and it was a wonderful starfighter, kind of like a stretched out TIE Interceptor, with a black and red color scheme.

Kylo’s was also destroyed in The Last Jedi, and we do not see much of it at all; it really is a fighter with a lot of on-screen potentials that could have done with more appearances. His next ship, the TIE whisper, also arguably deserved more screentime, and is another fantastic ship.

The Lambda Class T-4a shuttle is iconic, and undoubtedly the best we have in canon, other versions that have come after it in terms of release in movies, have disappointed.

It is not that shuttles like ST-149 used by Krennic are the worst ships in the franchise, but they just seem like either bland or bad versions of the classic shuttle we see in the original trilogy, and they do not have any impact and have been overused since the originals.

The B-wing is a ship that has become a massive fan favorite in the years since its debut in Return Of The Jedi.

Even though it appears a decent amount, it is never the forefront and is a welcome sight when it does appear. It ultimately deserves some more time, perhaps in upcoming TV shows or even movies depending on the time.

The Storm IV Twin-Pod Cloud Car is barely seen but barely is honestly too much for this ship that is famous for how weird and bad it is.

RELATED: Star Wars: 10 Most Feared Ships In The Galaxy

The uses for the ship just seem non-existent. The ship is fantastic just as a part of the lore that all fans know and have laughed at over the years, but objectively, it is a horrible ship.

The famous ship of Boba Fett, the Slave 1 is a Firespray-31-Class patrol and attack craft and is a ship that has had its fair time in the franchise, but deserves more, and is wanted more.

We hopefully get more of it by the time The Mandalorian season two rolls around, marking its third on-screen, live-action appearance, something fans have long-awaited.

The TIE Defender represents more than just the singular ship brought from Legends into Rebels, but all silly TIE variants that are out there.

RELATED: The 5 Best (& 5 Worst) Ships In The Star Wars Universe

The TIE Defender was a ship many hoped would stay in canon, and while the storyline in Rebels is excellent and what it represents for the fate of the Galaxy is monumental, the design overstayed its welcome by being there. Its technological advancements do not make up for its look in this case.

Scimitar is the name of the Sith Infiltrator ship used by Darth Maul in The Phantom Menace, seen there, in Battlefront II, and that is about it for on-screen.

It is a fantastic and intimidating looking ship that truly deserved to be in The Clone Wars, and it hopefully comes up when we see Maul in future content involving the Crimson Dawn.

It was bad enough that the disgusting Solar Sailer – technically a Punworcca 116-class Solar Sailer – owned by Count Dooku made its debut in Attack Of The Clones, but understandable given the ugliness of a lot of Separatist ships.

But, when it then made further appearances in The Clone Wars, when ships like Scimitar could not make their way in – which does make technical sense since Maul likely lost it – is just a travesty, a genuinely awful ship.

NEXT: Star Wars: Top 10 Ships From The Prequel Trilogy

Star Wars’s ships have helped make the franchise truly iconic. While some vehicles have been well-loved, others deserved more time to shine. 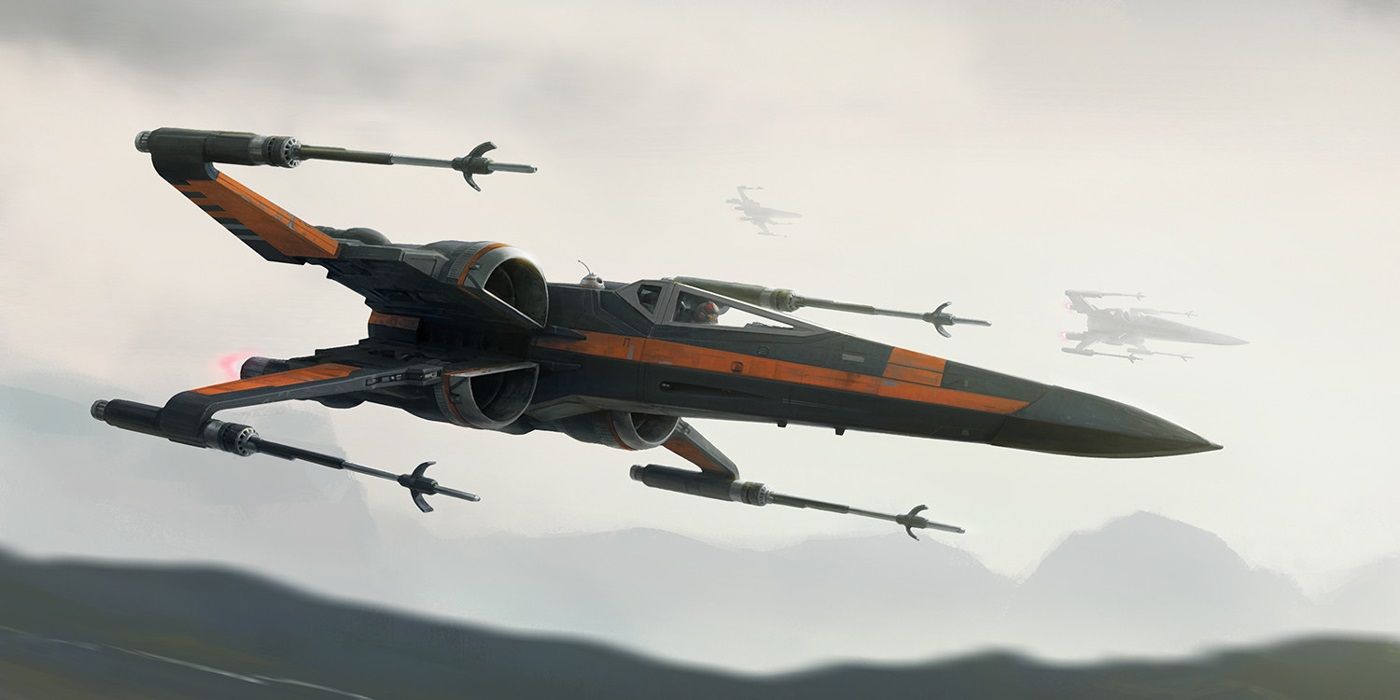